Muslims partake in evening prayers at a mosque in Kandahar, Afghanistan, in April. The Taliban have declared a cease-fire for an upcoming holiday. 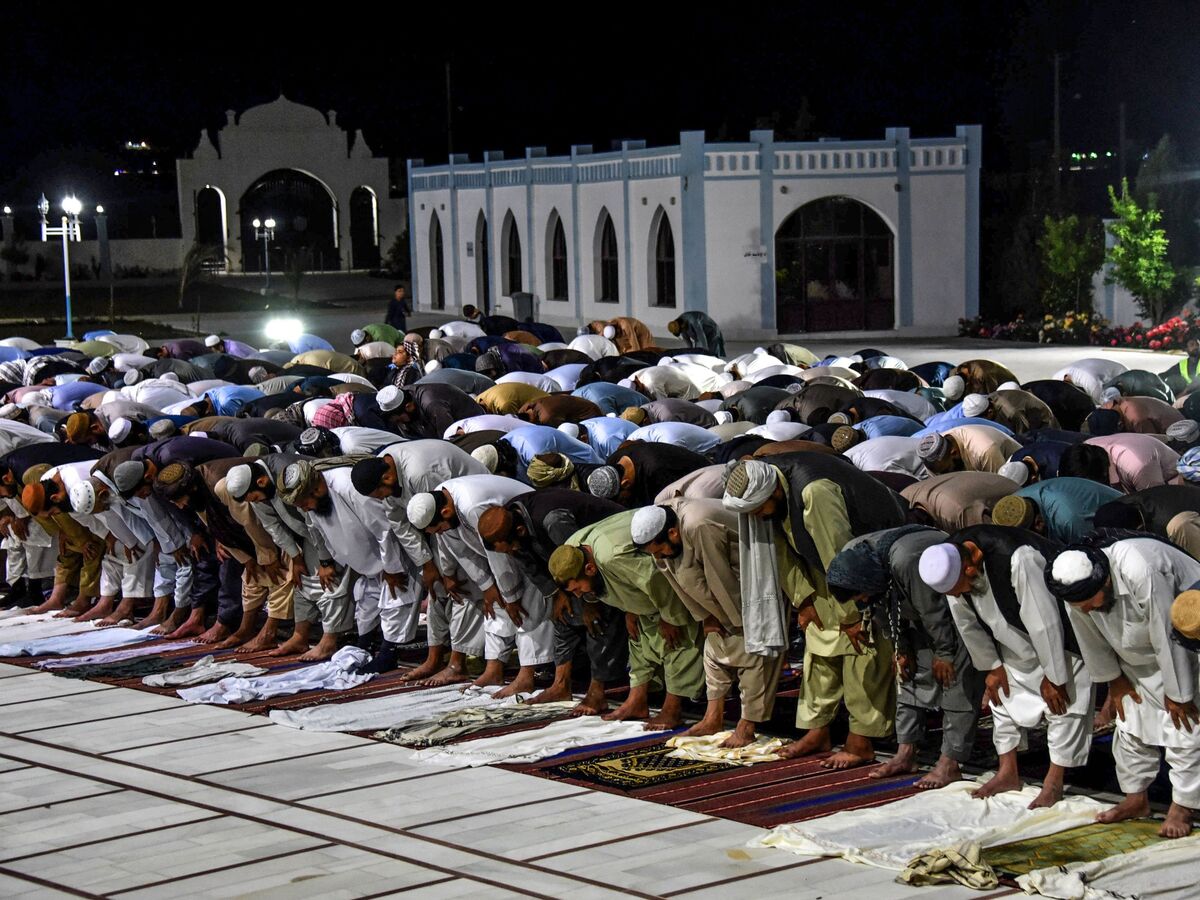 Muslims partake in evening prayers at a mosque in Kandahar, Afghanistan, in April. The Taliban have declared a cease-fire for an upcoming holiday.

The Taliban has declared a rare cease-fire in Afghanistan for a Muslim holiday this week, in a move that could renew momentum for talks with the Afghan government.

The negotiations are meant to end the decades-long conflict in Afghanistan and give the Taliban a role in governing the country.

In an online English statement on Tuesday, the Taliban said it will “halt offensive operations against enemy forces during the three days and nights” of Eid al-Adha, which begins Thursday.

The government of Afghan President Ashraf Ghani said it would observe the cease-fire. Ghani also said he would soon free hundreds of Taliban prisoners as part of a prisoner exchange, and that direct negotiations with the insurgents could start “in a week’s time.”

This is the third cease-fire that the Taliban have called over the past two years — before then, they were exceedingly rare.

Andrew Watkins, an Afghanistan analyst at International Crisis Group, says he believes the new Taliban announcement is an attempt to start negotiations.

A Taliban spokesman, who goes by the name Zabihullah Mujahid, tweeted a link to Tuesday’s announcement, which says:

However, if the opposition carries out an attack, they must be met with a strong response.

Moreover, all Mujahideen are notified that no one has permission to enter enemy controlled areas and neither are opposition elements allowed to enter our areas. Spend Eid in your own areas and provide a peaceful and secure environment for the general public.”

Sediq Sediqqi, a spokesman for President Ghani, said on Twitter that the government instructed all “security and defense forces” to observe the cease-fire and to not carry out any operations.

He added that the government welcomed the halt in fighting “but the Afghan people want a lasting cease-fire and the start of direct peace talks between the government … and the Taliban,” he wrote.

The move comes as U.S. special envoy Zalmay Khalilzad makes a regional trip to press for negotiations. Khalilzad previously oversaw a historic agreement between the United States and the Taliban that calls for American and NATO forces to withdraw from Afghanistan in exchange for an end to hostilities with the Taliban. That deal also called for peace negotiations between the Taliban and the Afghan government. The government was not party to the deal, but promised to uphold it.

That deal called for the exchange of 5,000 Taliban prisoners for 1,000 members of Afghan security forces held by the insurgents. The exchange was meant to take place within 10 days after the deal was signed on Feb. 28, but it has met significant delays.

Analysts say the Afghan government has been reluctant to enter talks, because it will have to allow the Taliban a role in the country’s governance. That has also made many liberal-minded Afghans apprehensive, because the Taliban say they’ll impose strict Islamic law if they come back into power.