Americans over 65 were excluded from half of all US clinical trials of drugs and all trials for vaccines – including those for COVID-19 – from October of last year until June 1, 2020, new research reveals.

People over 65 are the most likely to develop severe COVID-19 and die of the devastating viral infection.

Yet they have been systematically left behind 50 percent of the time as scientists tried experimental therapies in trials of drugs for any condition, including those for coronavirus, like remdesivir, which might have saved the lives of thousands of older Americans.

Older people were left out of 100 percent despite the fact that they will likely be the first Americans to receive a shot once one is FDA-approved – far ahead of the young people  vaccines were tested in.

In ordinary circumstances, older people face higher risks of complications if they are enrolled in trials of experimental drugs and vaccines, so they may be excluded.

But in the unprecedented scenario of the COVID-19 pandemic, researchers at University of Massachusetts and the Icahn School of Medicine at Mount Sinai worry  that the risks of giving older people treatments and shots with unknown effects may outweigh those of testing them in clinical settings.

Older Americans are excluded from half of US drug trials and effectively 100% of vaccine trials, according to new research – raising concerns over safety testing  of COVID-19 treatments and shots in the population that needs them most (file)

‘To be sure, some exclusions are needed to protect the health and safety of older adults – such as poorly controlled comorbidities,’ said senior study author Dr Sharon Inouye, director of the  Brain Aging Center at Hebrew SeniorLife, at the University of Massachusetts.

‘However, many [exclusions] are not well-justified, and appear to be more for expediency or convenience of the trialists.’

People over 65 account for just nine percent of the global population, but more than 80 percent of COVID-19 deaths thus far have been people in this older age group.

Although the first case of coronavirus in the US was not identified until late January 2020, the researchers looked at 847 trials registered to ClinicalTrials.gov from October 1, 2019 until June 1, 2020.

Of the trials, 23 percent had age cut-offs. The trials primarily cited concerns that older enrollees would not comply with treatment of vaccine regimens. Others wrote they believed it would be too difficult to get informed consent from older participants.

The researchers then combined the number of studies that explicitly excluded older Americans and those that had other exclusions likely to make the inaccessible to older adults.

In total, 53 percent of all drug trials were likely to have very low or no enrollment of adults over 65.

And 100 percent of vaccine trials were estimated to exclude older adults.

As a consequence of the time period, most trials included in the study were not for COVID-19 drugs and vaccines specifically.

But, ‘our concern is more than theoretical,’ the study authors wrote.

‘Even without stated age-based exclusions, several recently published clinical trials of COVID-19 treatments had young age ranges, such as one recent study with a median age of only 40 years, meaning there would be no or few participants over age 75. 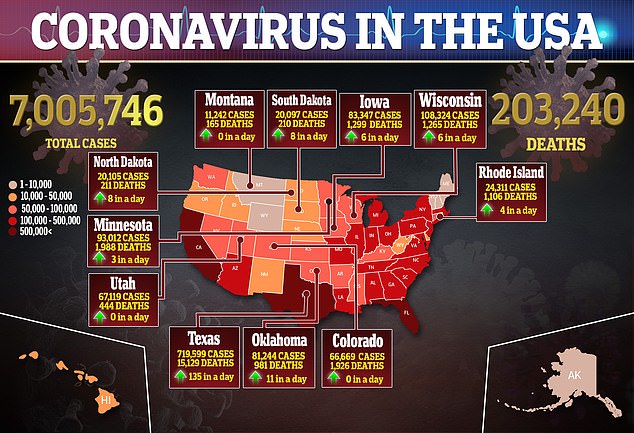 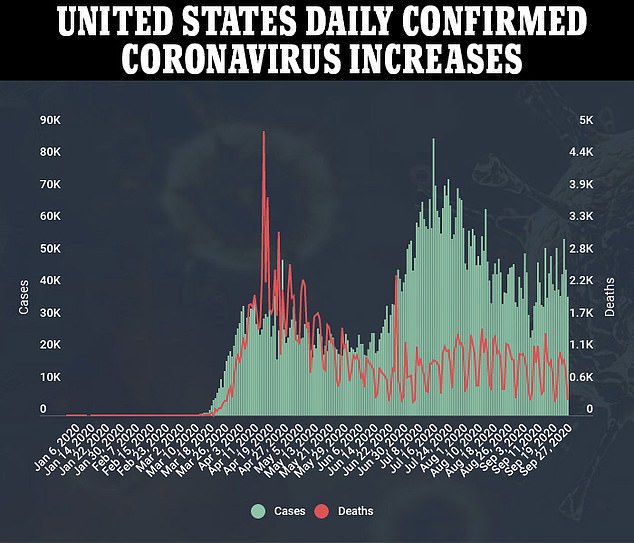 ‘If the older age group is excluded from vaccine trials, efforts to ensure effectiveness, titrate dosage or frequency, and assess adverse effects in the group most vulnerable to COVID-19 will not be possible.’

The study does not dig deeper on the outcomes of those trials, or accuse any of the researchers of excluding older people from their studies to pad the results.

But, historically, older people fare more poorly than young ones against diseases, and have more side effects – outcomes that could skew data from clinical trials negatively.

It’s worth noting that Moderna and Pfizer’s COVID-19 vaccine trials have arms specifically for testing their shots in older adults. Johnson & Johnson’s is open to anyone over 18.

Still, the University of Massachusetts and the Icahn School of Medicine researchers are worried that won’t be true for treatments, or perhaps other vaccines, based on the data on past trials.

‘We are concerned that the exclusion of older adults from clinical trials will systematically limit our ability to evaluate the efficacy, dosage, and adverse effects of COVID-19 treatments in this population,’  Dr Inouye said.